RULE OF LAW AND DEMOCRACY
19 NOVEMBER2021

Democracy and the rule of law 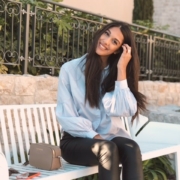 In today’s social situation and political circumstances, we can often come across a situation which will make us wonder the same – what is left of democracy in our time, and how consistent is its current image, due to constant and increasing fragmentation of this world? Is it sustainable and for how longer? Why we have democravy crisis today? Is a majority enough to justify any law? Is there a more perfect form of collective decision-making or is it currently at its peak?

Democracy represents one of few modern universal values. However, since having the status of a “ticket to civilisation“, it has lost a lot of content precision as a concept, and especially as a political practice. [1]There is almost no ruler, nor usurper who today does not call himsef a democrat, everyone calls democracy everything he wants to support a system of political values and institutions. But, where and when does the figth for equal right to vote begin? It originated in ancient Greek (Athens) in 4th century, democracy repsented a kind of ideal to which various developing countries aspire today, but since each country had a unique development path of democracy, we cannot talk about it in one. The great representatives of democratic thought, Aristotle and Pericles, offered the same views on it, but also presented its dark side – the possibility of it turning into anarchy at any moment. Socrates, as an eternal supportet of anti-democratics thought, says: “Democracy will pay for trying to suit everyone. The poor will want the wealth of the rich… the young will be respected as the old… thieves and fraudsters will want state functions and democracy will give them that too… And when thieves and fraudsters finally democratically take power, there will be worse tyranny than at the time of any monarchy or oligarchy.“

In modern era, democracy starts to be the main way of deciding on power in 12th century, originally appearing in England, Scotland and Netherlands.[2] However, democracy is “not accepted“ always and everywhere, and now we have examples of countries where there are problems in the execution of democratic decision-making, and those in which it exists only in theory, but in pratice it is equated with imagination and those examples where it exits only partially (such as Uganda and Iran) until wider cultural changes take place that allow real majority to rule. So what does it take for democracy to overpower other ways of voting?

According to Delo, literacy, education, an eviable degree of realisation of human rights, sufficiently developed consciousness of people – are factors that must be cumulatively fulfilled in orded for the voice of the majority to represent at the same time as the voice of reason.[3] Tocqueville shorlty says about conditions: “the existence of a very civilised and educated society.“ [4]But is it forbidden that in one community called country as we know today, we can expect at least approximate level of education, consciousness, culture of those who make decisions or is it just a part of utopian thought that does not coincide with the oscillations that are visible in practice?

Democracy is people’s need and product – as good as it allows him to achieve in it and with it what he created it for. This model is acceptable until is transformed into its opposite – it produces lack of freedom and alienation. [5]

Practically speaking, if it is the majority that makes decisions, what will we do with the minorities and their rights? Do they manage to satisfy the appetites of the majority and those who are a small, but still PART of society? Can democracy then easily turn into the diametrically opposite – the tyranny of the majority? This is prevented by the rule of law – restriction of every government, including the power of demos, obligation to obey the law and laws that are above all and state itself.

Gustav Radbruch states in his famous work Philosophy of Law: “The law is valid because it is the law, and it is the law when in the most cases it has power to be enforced. “

The idea of the rule of law is very old, but Western European civilization is the only one who has it in its origins. It was Plato who said that “no one can be above the law – but that every, even the highest authority must be subject to the law which is the only master and ruler in the state. “ The idea of the rule of law and not people, was represented in European legal and political theory long before democracy. So what does this term represent? The rule of law is a basic precondition of the Constitution and is based on inalienable human rights, free and direct elections, minority rights, division of power, but also independent judical power, obedience to the Constitution and laws. Klaus von Bajme says: “There is a strong tendency to treat democracy as a synonym for “good, beautiful and true in society“, which is why it is necessary to see its other, real side.

The rule of law must not be interpreted narrowly, as the implementation of the right that one government brings. That kind of delusion is deeply rooted among the  rulers on which they govern, but also among those to whom such a “right“ applies. The rule of law is in fact not even possible if the law is interpreted only as an expression of ruling circles, it must be interpreted as the existence and implementation of those laws that are not current and whose legitimacy must not be questioned – especially human rights.[6]

Democracy and legal state can be seen as complementary concepts – they developed parallel, but if they must choose – great political thinkers would see the establishment of the rule of law as more necessary because democracy without the rule of law, that is, one that is not based on constitutional restrictions, would be nothing more than an expression of  arbitrariness of the majority – whatever that majority may be.

[6] Annals of the Faculty of Law

Reacting before it becomes too late
Scroll to top