RULE OF LAW AND DEMOCRACY
19 NOVEMBER2021 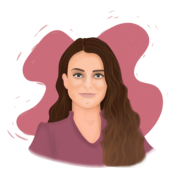 While there are is causality between high unemployment rates and brain drain, however, it should be noted that the causes of this phenomenon are not a “one-way street”.

Focusing only on one aspect of brain-drain such as high unemployment undermines the importance and causality of other aspects of such as the political, social, institutional, and educational aspects. Alongside unemployment, for example, we have to look at other factors that may trigger brain drain. We also have to think about how does the political climate impact such decisions for migration, or what kind of role does the quality of services, corruption, or reforms play in the lives of young people. When dealing with the problem of brain drain, the political and institutional causes must be taken into account and analyzed. These factors play an important role not only in the lives of young people but in the whole population as well.

According to the latest regional youth study from Friedrich Ebert Stiftung (FES), young people in North Macedonia give relatively high importance to human rights (more than 40%), democracy, and rule of law as major socio-political values in comparison to other countries in the region. Furthermore, the youth think their government should focus on, such as: securing human rights and freedoms and fight against corruption and organized crime amongst the highest. Lastly, the satisfaction with the state of democracy in North Macedonia has decreased amongst youth. Seeing these three pillars as the most important socio-political factors it is noted that young people desire to live in a country with a functioning system and where rights are respected. The above-mentioned factors suggest that the perception of young people on the functioning of the system and the state of affairs in the country are pessimistic, and in terms, do contribute to the decision of youth to migrate.

When it comes to institutions, recent data suggest that there is a lack of trust in national institutions. Widespread corruption and nepotism, slow reforms in the public administration, worsened services, neglect of important social issues by political parties are some of the factors that influence such attitude towards the national institutions. The newest study on youth in North Macedonia reveals that political parties, the President, local government, and national parliament are amongst the lowest-ranked in regards to trust in national institutions. Another research suggests the correlation between public institutions and brain drain. Namely, youth that has already migrated to the EU and outside the European continent, have negative opinions regarding the ethical climate in public institutions. More than half of the youth think that public institutions do not give importance to providing good services to citizens, as well as 85% think that public servants do not give their best in advancing citizens’ interests. What is interesting is that a high number of young people think that without having “connections” they cannot be provided adequate service, as well as those public servants, are corrupt and receive/expect bribery for providing services to citizens, services which they are required to do without expecting a “reward” in return. A more concerning aspect is that 85% of the youth mentioned dissatisfaction in the public service as an incentive to migrate.

Lastly, we turn to youth political and civic participation and representation. The idea of youth participation and representation is the intention to bring change and voice the needs of youth in various fields. As dissatisfaction is show towards public institutions and representative bodies, political participation and representation of youth should be also taken into account. The reason why this should be taken into account is the mere fact of the feeling of belonging. In a recent study done by the Westminster Foundation for Democracy (WFD), a shocking 80% of young people do not feel represented by national politics, more specifically that authorities partially care about their problems or they do not care at all. If there is an environment where young people feel as if they are represented by national policies and politicians, and they have the means to express their concerns, thoughts, and ideas, this will result in the feeling of belonging in the particular society and will fulfill the intention to bring change.  In the Youth development index for Macedonia, according to the Global youth development index, 2016, Macedonia has the lowest results in the category of civic participation. According to the 2018 Youth development index, 69,1% of youth have not established interaction with representatives of the government, be that on a local or national level. The WFD study also shows that 71% of young people describe themselves as socially inactive citizens and that only 3% are fully satisfied with their place in society.

The high desire for human rights and democracy, the feeling of low representation, the dissatisfaction with the national system, and the fact that only 3% of young people are fully satisfied with their position in society, voices the need for full political and social reforms in the country.

To summarize, brain drain is affected by the low trust in institutions, lack of democratic process, and lack of political representation. It should be put forwards that alongside the economic reforms that the country undertakes or at least should undertake to tackle high unemployment, reforms to gain the trust of young people in the institutions should also be on the top of priorities. To overcome the unfavorable trend of brain drain and minimize its impact on the future, greater political will and cooperation of more stakeholders in society are needed. Such reforms should be systematic and implemented thoroughly with all relevant stakeholders to achieve maximized results. The systematic reforms will in a way respond to the needs of youth be that economic, political, or social.

Brain drain will continue to be a major problem in the country unless there is a political will to change the patterns of state functioning.

Green Logistics As A Condition For Modern Environmental Management

What is Left of Democracy?
Scroll to top