Reacting before it becomes too late 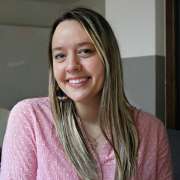 Over the last 18 months, since the COVID-19 pandemic has begun, one of the questions that have been speculated is whether rates of cyberbullying have substantially increased. Such speculations were made based on the fact that with an increased dependency on digital modes of communication due to social distancing and isolation, people would spend more time online. Moreover, children and youth were perhaps given premature access to technology with inadequate support or supervision as schools hurriedly moved to virtual educational activities, and parents simply needed to survive the extended time children had at home, making the above-mentioned issues evermore present for this cohort.

It would then come as no surprise that COVID-19 Bullying research indicated that the COVID-19 pandemic may exacerbate factors influencing abusive behaviours in general such as psychological health, economic and social inequities. Instances of news that young adults and children have taken their lives as a result of cyberbullying have become ever more present in the media. Such news came out in Serbia last week, that an influencer, YouTuber, and gamer, Kristina Kika Đukić, aged 21, has committed suicide. While there are only speculations regarding why she has sadly decided to take this step, the assumption is that the root cause was continuously cyberbullying she has been experiencing for a prolonged amount of time. While she has worked hard on creating and sustaining her platform for many years, many have only heard about her when she had a public dispute with another prominent Serbian YouTuber, Baka Prase, or Bogdan Ilić. Here, Bogdan continuously insulted Kika on her appearance, manner of speech and prompted his followers to be rude and practice hate speech towards her through social media.

Disturbing many, this information has prompted a much-needed discussion on how cyberbullying affects one’s mental health and what can be done to prevent it. It has shun a spotlight on manners in which people cyberbully, the words they use, and the extents to which these insults and disturbances can go. All of these have a profound effect on a person’s emotions, mental wellbeing, their behaviour as well as often having physical effects. From humiliation and isolation to powerlessness, one could develop low self-esteem alongside anxiety, depression, and other stress-related conditions. Sometimes targets of cyberbullying respond to these intense feelings by harming themselves in some way. In fact, research has consistently linked bullying and self-harm. Additionally, this event brought up research nationally conducted by Partners-Serbia, where conclusions indicate that every third student has had a disturbing experience on the Internet in the past year, while as many as a third of students have suffered or committed bullying online.

The European Union has recognised this issue a few years back and decided to act to put a halt to this malignant practice. Because of that, all 47 member states of the Council of Europe have adopted the Charter on Education for Democratic Citizenship and Human Rights Education which requires them: “to combat all forms of discrimination and violence, especially bullying and harassment”. Additionally, the Council of Europe’s Youth Sector is running a campaign to target hate speech online. It aims to combat racism and discrimination, as expressed online as hate speech, by mobilizing young people and youth organisations to recognise and act against such violations.

Locally, campaigns and legislations are scarce. UNICEF has done substantial work on bringing the idea of cyberbullying closer to the youth and has mostly targeted youth in middle and high school as the prevalence of cyberbullying in these institutions and age-spans are the highest and have the greatest impact on the person. Another example of good practice is the Belgrade Open School, which created a Guide to digital youth security where they present harms of cyberbullying, as well as manners in which to mitigate it.

The crucial conclusion that has come out of all the discussions that have been held in the past 24 hours is that everyone must be aware of the consequences of their online behaviour. Moreover, the essential realisation must be that while there is no face-to-face interaction where one can see a reaction of the person whom they are bullying, words typed have a real-world consequence and can considerably hurt someone. Therefore, self-regulation is key and has to be seen as the first step towards resolving this problem.

It is crucial to know that one can do is dial the number 0800/309-309, choose option 1, where they will be able to reach doctors and professionals from the psychiatric hospital “Dr Laza Lazarević” who have been trained to prevent and deescalate suicide. Another option could be the National contact centre for children’s safety online, which can be reached through the number 19833. Moreover, if they or someone they know needs help, one can contact Centre “Srce” every day between 14.00 and 23.00 via phone (0800/300-300), email (vanja@centarsrce.org), or chat service available on their website.

What is Left of Democracy?

Episode 18: The New EU between governmental cooperation and democracy from ...
Scroll to top