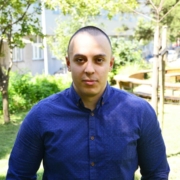 The Republic of Serbia has submitted its official application for EU membership on 22nd December 2009, while the accession negotiations have been opened on 21st January 2014. Serbia is negotiating topics of environmental protection and climate change within the framework of Chapter 27.

This Chapter covers environmental protection, climate change and civil protection, while the area of environmental protection is divided into eight sub-areas[1]. According to the Report on screening “Acquis Communautaire in this chapter cover more than 200 legal acts”, meaning that huge financial investment is required for their harmonisation[2] together with structural cooperation of all interested parties, including local government, private sector and civil society” (Negotiating Group 27, 2016). Chapter 27 was the single one that the European Commission had ascertained, after the initial observation in 2014, complete non-compliance with EU legislation. Serbia is still very far away from opening this Chapter which is very demanding and ‘expensive’.

Current State of Play in Serbia

In the 2020 Report published by the European Commission, the limited progress of Serbia has been stated. It also mentions that Serbia should increase ambitions when it comes to reaching green transition and shift focus towards increasing administrative and financial capacities at all levels, better implementation of national legal regulations, as well as the implementation of the Paris Agreement on climate (Negotiating Group 27, 2020).

Serbia is not investing enough into environmental protection, and according to estimates of the Fiscal Council “Serbia needs to allocate 500 million Euros annually more than now” (Djereg, 2020: 264). One of the problems in the context of financing this is the misappropriation of funds from the Green Fund. Namely, environmental taxes are not paid directly to the Fund, rather the Ministry of Finance in is the charge of redistribution of these means. This leads to the situation that “allocated means for the Fund are four times smaller than the contribution received through environmental taxes” (Djereg, 2020:  271).

One of the acute problems in Serbia is air pollution. The low level of air quality in Serbia is caused primarily by the emission of greenhouse gases[3] from lignite-fired thermal power plants. Due to excessive emission of harmful gases from large combustion plants, the Energy Community even initiated proceedings against Serbia in January 2020.[4] “Thermal power plants in Serbia are the largest single source of sulphur dioxide in Europe and are among the first few sources of powdered substances and nitrogen oxides” (Djereg, 2020: 266). The cause of this condition is primarily in outdated technology, the lack of devices for purification of exhaust gases, but also low-calorie lignite whose energy efficiency is significantly lower than other fossil fuels. Kovačević (2013) states that due to the low energy value of lignite “small percentages of sulphur in lignite, give significantly higher CO2 emissions than similar or lower percentages of sulphur content in coal” (13-14). Besides air pollution, the emission of harmful gases brings with it other environmental problems, has a negative impact on agricultural land and significantly endangers the health and productivity of the population (Kovačević, 2013: 12).

Another significant environmental problem in Serbia considers waste management. In Serbia, the problem of waste is mainly solved by disposing it in local landfills, which in developed countries is considered the last resort when all other options in the waste management system are exhausted. According to the Environmental Protection Agency, local landfills in Serbia generally do not meet basic hygienic and technical-technological requirements, and some have already practically exhausted their capacities.[5] Although European Commission has praised the continued disposal of historically hazardous waste, the Report also states that “the share of recycled waste in the total waste management system is still very small” (Negotiating Group 27, 2020).[6] One of the key issues is the non-existence of the primary waste selection system, whose establishment would make the recycling of waste easier and open the window for using the waste for energy purposes. Special advisor of the Fiscal Council, Mr Slobodan Minić, states that “the absence of primary waste selection is one of the main reasons why currently in Serbia is recycled less than 5% of waste, compared to 50% in comparable states in Central and Eastern Europe (Balkan Green Energy News, 2019).

In addition to air pollution and an underdeveloped waste management system, Serbia is also lagging behind in the field of water quality in harmonising regulations with the EU. In its Report, the European Commission states that only moderate harmonisation of legal regulations has been achieved in this area, while as a primary problem untreated wastewater is pointed out (Negotiating Group 27, 2020). According to the Fiscal Council (2018) “in Serbia, there is practically no infrastructure for wastewater treatment from households and factories, so less than 10% of wastewater is treated, and the rest is discharged directly into rivers, polluting the environment and endangering human health” (29). There is also the problem of drinking water[7] in Serbia, which contains numerous harmful particles. In the Screening Report, it is stated that only “50% of communal systems for water supply secures water of adequate physical-chemical and microbiological quality” (Negotiating Group 27, 2016).

Previous analysis of three categories of ecological problems that have been pointed out by the author (air quality, water quality, and waste management), confirm starting thesis that Serbia is seriously lagging behind the European Union standards when it comes to environmental protection. Apart from jeopardizing its foreign policy priority (full membership in the EU) by insufficient harmonisation with the regulations of the Union, by irresponsible attitude towards the environment, Serbia endangers the health and lives of its own citizens. Although decision-makers often justify the fact that solving environmental problems is “expensive”, the additional costs of treating citizens, as well as losses due to shortened working life and negative impact on agricultural land, show that investing in the environment is not a cost but a long-term investment.

[2] A large number of projects in the field of environmental protection are also financed through IPA (Instrument for Pre-Accession Assistance) funds by the European Union. See more at: https://euinfo.rs/files/Publikacije-srp/36_Rastemo_zajedno.pdf?fbclid=IwAR2fK106Bvf8l9dLBtG_vizBxNFhgwDbBrhuO9yZ1xrGqwQ-67FUjcXeG2E.

[3] Intensity of the emission of greenhouse gases in Serbia is five times higher when compared to the world average” (Lakic, 2014: 247).

[7] The problem of inadequate drinking water is primarily evident in AP Vojvodina, particularly in Zrenjanin, where “the concertation of arsenic in water is about 10 times higher than allowed” (N1, 2020).

Digital rights and freedoms on the Internet – (Im)possibility of theirregulation...

Can I stand behind my words?
Scroll to top