Falling Into Oblivion in 2021 – The Case of Student Activism 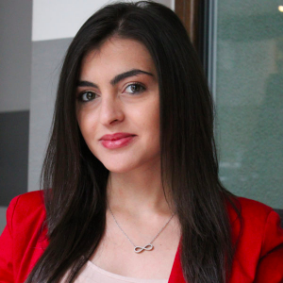 Political participation can have a conventional form of participation in the political process, such as voting in elections, and unconventional forms of political activity, such as protests, demonstrations, writing petitions. The degree of participation of young people in politics reflects the readiness of this category of population to resist the general withdrawal into the private sphere and to have an influence on the creation of public policies. The mood of young people in terms of political engagement is also a picture of the prevailing attitude towards political elites and the degree of trust in the functioning of institutions in the country. In July 2020, students took to the streets of Belgrade on the occasion of proposed government measures to vacate student dormitories and return students to their homes during the exam period, which was a significant form of rebellion against the current situation.

Unlike last year, student activism in the current year has completely died out. The following is a brief overview of the student protests in Belgrade in July 2020, with an overview of the results achieved, after which attention will be focused on the reasons for the decline of open student appearances in the public sphere in the current year. The idea is to point out the need for more active engagement in the future, by emphasizing ways to direct student energy towards decision makers in a more productive and efficient way.

Although 2020 passed in the spirit of the COVID-19 pandemic, it was also marked by increased dynamics in political life. At the beginning of the summer, on June 21, parliamentary elections were held at the republican, provincial and local levels. Despite the pandemic, voter turnout was 48,93%, down 7.77 percentage points from previous parliamentary elections, when turnout was 56,7%. It is clear that the pandemic conditions did not significantly prevent going to the elections, as well as the implementation of the pre-election campaign.

In addition to the elections, for which there was a strong will of the political leadership, the beginning of July was marked by student protests as an expression of opposition to the eviction from the student rooms. Earlier, the day after the state of emergency was declared on March 15, students were forced to leave student dormitories in Belgrade in order to prevent the spread of the infection in collective accommodation. The idea of ​​a new eviction of students at the beginning of July was met with resistance because the exam period was in progress and the students had just returned to their homes after a long stay at home. What most provoked the protest was the perception of this measure as a way to belittle and discredit the position of students, especially in the context of the previous opening of cafes and restaurants and providing conditions for the elections to be held without major problems and bans.

The significance of these protests is reflected in the fact that the students showed their ability to organize and act together, moving from student dormitories in different parts of the city to the National Assembly in the center of Belgrade. The key slogans of the protest were “We will not go home”, “We will not give homes” and “I will not fail the exam because of CORONA”. The blockade of the streets on the way to the Assembly and the persistence in the demands are an indicator of the determination to actively act in order to fulfill the interests of the group. This type of student activism seems to be a small victory of holistic observation of the problem over the general trend of individualization and withdrawal into the private sphere of family and friends.

In addition to the requirement that student dormitories not be closed by the end of the academic year, the requirement to provide free COVID-19 testing for students and an additional exam period for infected students has also crystallized. The best side of the story is that the Ministry of Education, Science and Technological Development fulfilled the requirements of the students, providing more deadlines for taking the exams and staying in the dormitories until the end of the summer. Another important feature of these protests is that they drew the attention of the current authorities to the possibility of creating non-violent resistance.

Reasons to return to apathy

Despite the achieved results, the experience of Serbian students from 2020 unequivocally showed the limited interest in appearing before decision makers. The demands made at the protests concern a narrow number of issues, related to staying in dormitories and the position of students in pandemic conditions. On the other hand, problems and shortcomings in the education system and the student standard remain unresolved. This, in the first place, means the quality of food in student dormitories, the harmonization of programs at faculties with the labor market, the costs of studying, the conditions of scholarships and employment of students after graduation.

The decline in interest in continuing to engage students in these open issues and a rather passive approach in the current year has several sources: dominant values, attitudes towards politics, changed circumstances. When it comes to values, the analysis Youth of Serbia 2018/2019 shows that participation in civic actions and initiatives is at the bottom of the list of priority values ​​of young people (2.5%), which explains the passivity in regular conditions, when there is no trigger, such as any eviction from homes. The same analysis shows that a significant percentage of young people (58%) are not at all interested in politics in general, nor in youth policy models in the country. Changed circumstances compared to the previous year, in terms of stabilizing the rhythm of online lectures and exercises, taking the exam on time with a small number of people, the habit of using online platforms, contributed to students entering a new routine of life and study.

Student participation is not necessarily limited to taking to the streets and demonstrations. There are several important organizations and bodies in Serbia that deal with student policy, among which the Conference of Universities of Serbia (KONUS) and the Student Conference of Serbian Universities (SKONUS) can be singled out. Their advocacy for student interests before state bodies is a way to encourage a more active approach in solving problems and proposing measures for the benefit of students. Student organization at faculties and acting through student parliaments is a way to draw the attention of faculty administrations to the position of students. In addition, the digitalization of communication in pandemic conditions and the popularization of the use of online platforms have the potential to contribute to easier connection of students from different parts of the country, but also the region. The prominent experience of protests in Serbia in 2020 is a shining example that results can be achieved when there is will and unity, and there are channels and bodies through which influence can be achieved.