DEMOCRACY AND THE RULE OF LAW
28 September 2022 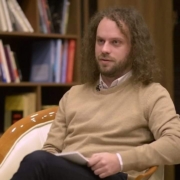 Inflation, by definition, is a sharp and accelerated increase in the prices of goods and services on the market. Inflation can occur when prices rise due to increases in production costs, such as raw materials and wages. A surge in demand for products and services can cause inflation because consumers are willing to pay more for the product. Corruption, on the other hand, as it is known to us most of the time, represents the abuse of the position of a certain person, which is acquired by illegal private profit. The forms of corruption vary but include: bribery, extortion, patronage, nepotism, kickbacks and embezzlement.

After the starting points and considerations are here, we can continue with this research about inflation and corruption. One can say that inflation, apart from raising prices, and reducing the value of money, can also affect the increase in corruption, although this is rarely talked about. Economic effects of corruption are the focus of this paper, as well as how and in what way they can become more prevalent, as a result of increased inflation. As a case study, I will take the country where I come from, the heart of the Balkans, North Macedonia.

Corruption undermines economic development by generating significant distortions and inefficiencies. In the private sector, corruption increases the cost of doing business through the cost of illegal payments, the management cost of negotiations with officials, and the risk of broken contracts or detection. Corruption also generates economic shocks in the public sector, by diverting public investment to capital projects where bribes and kickbacks are more readily available. Officials can increase the technical complexity of public sector projects to conceal or pave the way for such deals, further distorting investment. Corruption also reduces the number of issued building permits and undermines environmental and other regulations and also reduces the quality of government services and infrastructure, but also increases budgetary pressures on the Government.

According to findings by Transparency International, North Macedonia is ranking on 87th place in Corruption Perception Index (CPI) in the competition of 180 countries. In comparison to the countries of the former Yugoslavia, North Macedonia is in the fourth position, behind it are only Serbia (96th in the world) and Bosnia and Herzegovina (110th in the world), while the first three places belong to Montenegro (64th in the world), Croatia (63rd in the world) and Slovenia (56th in the world). From this ranking, it becomes evident that North Macedonia is still very far from the dream of membership in the European Union. This is so because the average value of the corruption index in the EU is 66/100, and the countries with this percentage index are ranked between 30th and 40th place. According to their analysis, it can be concluded that the protection of human rights is an important element in the fight against corruption: countries with well-protected civil liberties generally score higher, while countries that violate civil liberties tend to get lower scores. When compared to previous years, as inflation rises, so does corruption. This can be the first indicator of mutual connection between the two observed phenomena.

We are currently living in a difficult period where not only North Macedonia and the countries of the Western Balkans, but the whole world is facing huge inflation and a worrying rise in the prices of goods and services. At the same time, the threat of the energy crisis, as well as the conflict between Russia and Ukraine which is the source of this energy crisis we are facing, puts us in a particularly worrying situation for the approaching winter.  According to the renowned portal Trading Economics, the inflation rate in North Macedonia is 16.8% percent, which is historically the highest inflation rate in the country since its independence in 1991.  Inflation is high in the previously mentioned countries as well: Slovenia (11%), Serbia (13.2%), Croatia (12.3%), Montenegro (15%) and Bosnia and Herzegovina (16,7%). All of the mentioned countries have lower inflation compared to North Macedonia. However, all of these countries reached the historically highest inflation rate[1]. According to the data from Trading Economics and Transparency International, when a comparison is made with inflation in the period from 2008-2012, we can notice that as inflation in a country grew, so was the perception of corruption. When inflation stagnated, a slight drop in the rate of corruption was recorded in the observed states.

From the previous analysis, I can say that with the increase in the rate of inflation, there is an increase in the rate of corruption. This is especially evident in countries with low standards, including North Macedonia. We can also observe this data in the research of Akça, Ata and Karaca titled Inflation and Corruption Relationship: Evidence from Panel Data in Developed and Developing Countries. Apart from inflation, the political stability in the country, the rule of law and transparency can also have a very special influence on the increased rate of corruption in a country. Political stability, which is a greater problem in low- and middle-income countries than in high-income countries, has also shown its impact on corruption. Corruption is lower in high-income countries where political stability is relatively higher. According to the same paper, the relationship between the rule of law and corruption has been shown to be weak in low-income countries. The results show that the reduction of corruption will be greater in developed countries where transparency, accountability and freedoms are relatively higher.

From this paper, we can conclude that in the largest number of cases, including our consideration in the case of North Macedonia, corruption grows in parallel with the increase in the percentage of inflation, in other words, the greater the inflation rate, the more we can expect an increase in the percentage of corruption. Although inflation may be just one of the causes of higher corruption, it certainly played its role in the case of North Macedonia.

[1] Serbia and Montenegro as part of FR Yugoslavia in 1993 had higher inflation due to economic sanctions and isolation by the United Nations.