Renewable energy sources – Bosnia and Herzegovina as a neglected potential 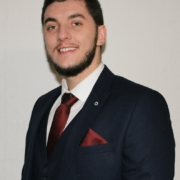 Renewable energy sources are those sources that are obtained from nature, can be found in the form of sun, wind, water, biomass and geothermal energy, and can be continuously used and generated. As such, they are a key factor in developed countries. Given the new environmental protection policies, low-carbon energy development is set as an adequate alternative, which can significantly contribute to the reduction of carbon monoxide and greenhouse gases, and which leaves behind various scientifically proven consequences. The reason for all this is the increased public sensitivity to climate change, as well as the various negative consequences of the conventional way of energy production, both electricity and heat. The issue of energy stability and security has over the years became extremely important within the economic and social system. With technological developments, renewable sources are receiving more and more attention, since their efficiency depends in part on modern technological achievements. Current expectations are high, but I am convinced that we will be surprised by the progress of technology in the upcoming years given the current investments.

When it comes to Bosnia and Herzegovina, these energy sources present a topic that is not given enough attention, so the country that has significant potential in the field of energy, reduces its production of heat and electricity to a large extent to the use of conventional sources. Watercourses of large rivers, solar and wind energy in Herzegovina, biomass throughout the country represent a significant potential for the development of renewable energy production in this part of Europe. This is confirmed by the analysis of the Energy Community of Southeast Europe, which classifies BiH as a country with a very large potential for low-carbon energy development. However, in order for all this to be feasible, certain changes are needed in the form of more adequate regulations, respect for international agreements which, unfortunately, gain political connotation in this area, better coordination between all levels of government, money, and public awareness of the importance of renewable energy sources for Bosnia and Herzegovina, and all that it entails.

If we take into account that the European Union itself was created on the principles of energy, i.e. that we see its beginnings in the form of the Coal and Steel Community, it is to be expected that renewable sources are at the very top of the European Union’s agenda. However, harmonization of regulations with the European Union, Bosnia and Herzegovina will be very difficult if these forms of energy are not paid significant attention and by that, I mean the creation of adequate strategies for environmental protection and development of renewable energy sources, in addition to quality legislation. According to the European package, the use of up to 32% of energy from renewable sources is expected by 2030, i.e. the complete decarbonisation of the electricity sector by 2050. If, as a country, we already start with significant progress in this area, harmonization will be much easier, although the conditions for joining the European Union will become more and more demanding over time. That is why it is important to follow all the requests in the period when they are current and while they are being talked about. By signing the Stabilization and Association Agreement with the European Union, BiH has committed itself to the implementation of many directives related to sustainable development and environmental protection, i.e. acceptance of “green policy”. Unfortunately, the implementation of these protocols, conventions and directives encounters significant difficulties due to the lack of an institutional and legislative framework.

It can be said that Bosnia and Herzegovina has taken significant steps forward towards “green technologies” in comparison to before, but there is still a lot of work to be done. I believe that BiH will need to take a more active role in the use of European Union funds in the field of Intelligent Energy, as well as launch a number of projects to protect the environment. Although the use of funds represents a serious preparation in the form of personnel, legislative and technical support, the benefits are really numerous. I would list three great benefits of using these funds:

I do not have to mention how much these benefits are needed by the citizens of Bosnia and Herzegovina, because it can be often noticed that some of its cities are included among the most polluted in the world, let alone to talk about the unemployment rate. With the departure of the population or the so-called „brain drain“, great economic damage is being done to the state and investors are thus necessary in order for the weakest economy in the region to prosper.

The potential of renewables is inevitable. What is necessary at this time is putting an end to the transfer of responsibilities between all levels of government in Bosnia and Herzegovina and active work on harmonization with the modern economic and social systems based on the increasing use of renewable energy sources. The topic of climate change and environmental protection will only become more relevant, even in poor countries and countries in transition. Awareness of environmental protection and the importance of using renewable energy sources in Bosnia and Herzegovina is still low, and there is a great need for education, as well as profiling future workers through educational institutions, but also through informal education to better address this issue.

Hate speech is not freedom of speech

Grassroots in “the office”
Scroll to top