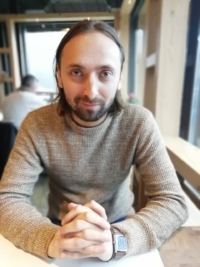 And what is it so disputable in hate speech? Well, I don’t know where to start, but everything about it is disputable. If we talk specifically about the states formed on the ruins of the SFRY (without Slovenia) and in the context of a phenomenon such as hate speech in public space, it is not difficult to conclude that it is happening almost everyday.

However, if we focus only on BiH, whose society is identified by many as post-conflict, judging by the amount and intensity of hate speech that is served in public in its various forms on a daily basis, we get the impression that BiH society is truly a conflict society. On the other hand, the real image of the citizenry to some extent denies the image of BiH that is created in the media which have unfortunately become a service to political parties and politics (with few exceptions), and also from social networks inhabited by (un)ordinary citizens – keyboard firebreathers.

In what way does the real (life) image of the citizenry deny the image of BiH made by political thugs and their media? It’s very simple – citizens do not buy weapons, they apply for visas and pack their suitcases. Those who remain do not have interethnic barriers in fulfilling their economic and other interests and various forms of cooperation take place between BiH citizens. By the way – as already seen many times – political noisemakers and their assistants, those who send a public message of hatred to the public every now and then, are not in conflict with each other.

The phenomenon of hate speech which is mentioned here refers to interethnic, inter-entity, interethnic-political skirmishes or skirmishes of political groups that represent different ideas and conceptions regarding the system and organization of Bosnia and Herzegovina and which they want to promote in their supposedly national (actually nationalist) enthusiasm to „their own“ ethnic groups – sometimes by encouraging and see-through convincing of their superiority over others, and more often by spreading fear from other ethnic groups in order to homogenize their group even more fiercely and firmly. It is not difficult to conclude that the ultimate goal of this is to affirm the status quo – as well as their own status.

In order not to confuse or mislead, hate speech, which in BiH has almost become an integral part of everyday political and public vocabulary, political advertising in general – very much leaves negative consequences on society and disrupts overall interethnic relations. Proof and indication of this are the frustrations of people who „make a living“ on social networks, making them red-hot, then the well-known fan manifestation of chauvinism, the attack on returnees (minorities) and worship or the glorification of war criminals. And this has also been seen here, countless times. Unfortunately, there are rare examples when a political or public official is sanctioned for hate speech, as well as for unconstitutional actions.

The most famous example and case of hate speech is the one from the Assembly of RBiH in 1991. when a political official uttered that famous disgusting thought, never forgotten, which begins with: “Don’t think that …”!, and soon after that inflammatory speech a fiery and bloody war began. Obviously, many, by switching to a democratic system, took freedom of speech very literally, so hate speech gained freedom, which unfortunately, even 30 years later, dances and sings unhindered.

However, when it comes to hate speech in public space that comes from ethnopolitical vicious circles, two of its characteristics can be noticed: the first is that this fiery rhetoric ‘holds water’ – gives the desired short-term effects because it strengthens their power, and the second – does not give long-term desired results, and that is absolute ethnic distance and territorial bordering.

Of course, hate speech must be mentioned here also in the context of creating an atmosphere of lynching of persons or groups from the same entity and ethnicity, who understand and use freedom of speech in a principled way, ie. to express their opinion and position based on arguments, facts and insights. Most often, such attitudes and opinions do not correspond to the majority opinion of the ethnic group and its ethno-national political pastors and are almost always followed by hate speech, declaring that person or group of persons a traitor to the the people. Then follow various pressures, threats, blackmail, lynching and often, in the end, persecution (the case of Srdjan Šušnica from Banja Luka).

Unfortunately, there is also a very noticeable paradox and absurdity here, because such persons are immediately declared domestic traitors and foreign mercenaries by the political elite who have themselves repeatedly shown and proved treason through mediation in dubious privatization deals and by becoming mercenaries for certain foreign governments and certain lobbies and corporations. However, this goes on and on in our transitional, petty societies characterized by the ‘self-awareness’ that they are not immoral, but also the unconsciousness that they have a double morality. Thus, freedom of speech is quite limited and restricted, and hate speech is widespread.

When it comes to the region, things are very similar. The only difference is that there are no entities, constituent peoples and their own political oligarchy in the countries of the Region.

It is difficult to really have freedom of speech in states and societies that are practically trapped and blackmailed. And freedom in general, even freedom of speech, belongs to those who fight for it.

On the other hand, hate speech as a means of political manipulation in these captive societies which are vulnerable, disorganized, democratically unemancipated and politically uncultured – will be expressed, loud, and perhaps even socially accepted. If love is blind, then what to say about hatred?!?

“The hatred here seems to have deep roots. It all started when we loved each other. ” (Aleksandar Baljak)