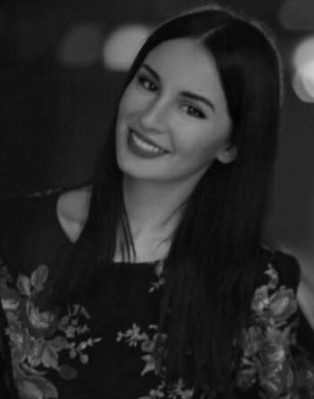 “Crisis in Himalayan”, “how climate change is affecting sea squirts in Antarctica”, “Saguaro Cactuses under threat”, “Butterflies vanishing in American West”, “ The Forever Plant seagrass faces uncertain future” – these are just some of the everyday titles reminding us that climate change is not a hoax, but it is present and it’s continuing to grow. Rising maximum temperatures, rising minimum temperatures, rising sea levels, higher ocean temperatures, an increase in heavy precipitation, shrinking glaciers and thawing permafrost, are the main effects of climate change. While listing these, one can understand the seriousness and impact that climate change can have on our everyday life among long-term and irreparable damage if the lack of awareness continues to exist.

One of the most distinct examples is the impact this “climate crisis” has on poverty. Climate change threatens development gains and leads to shortages in basic necessities like food and water. It has wounding impact for the poorest people while tearing down their sustenance and displacing millions of people from their homes, this caused by extreme rising of temperature. According to the UN expert, Philip Alston, the world could be facing climate apartheid- “it could push more than 120 million more people into poverty by 2030 and will have the most severe impact in poor countries, regions, and the places poor people live and work.” In 2021, it was reported that during the last six months, 10.3 million people were forced to be displaced by flooding and droughts, caused by the climate change[1]. From 10.3 million people, the majority is from Asia.

During 2020, with the COVID-19 crisis and measures set, it was reported that emissions were reduced drastically but this has no long-term or substantial impact on this negative phenomenon. This brings to the conclusion that the lockdowns and restriction measures deriving from COVID-19 cannot be considered a solution to climate change but there are lessons learned from this health crisis that can help on climate change. All of us should immediately start to find ways to reduce emissions since more we prolong the process, the emissions cuts will be stiffer in the future. Therefore, the governments should be mobilized to make decisions along with drafting concise action plans that would mitigate the consequences of climate change towards an overall improvement of the situation in the long run. Health risk, poverty, displacement, endangerment of living things and more – can be stopped.

What the fight for a healthy environment in a “captured state” looks li...

Restrictions on freedom of expression on the Internet: censorship or necess...
Scroll to top