The ecological state is made up of its activists 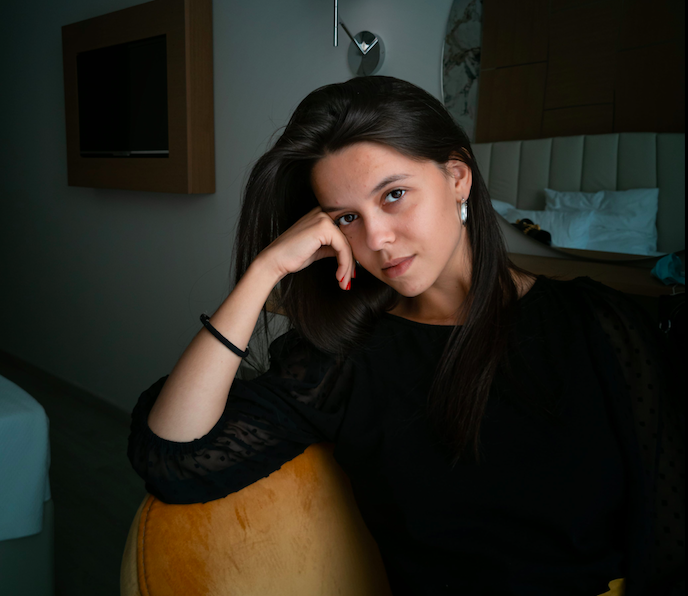 Student of media rights and journalism

“Let’s go for some fresh air“, we say this often and then we go out and breath everything but fresh air.

Montenegro is an ecological state, at least on paper, and high-ranking officials like to repeat that. However, reality is different. Montenegro is a country where citizens are fighting for their rivers, forests, lakes and sea.

It will be very difficult for someone from more developed areas to understand that in one small country we are “defending“ all its natural and life resources. It might be funny for them, but it might be sad.

“Stop drilling the Adriatic“, “Not a drop in the pipe“, “Keep upright“ are just some of the slogans that have marked the past years. The citizens tried not to allow excavators to destroy rivers, cut down trees, drills to destroy the seabed.

Whoever defends nature and environment in the world, that is a hero. The one that defends it in Montenegro, is wasting time. Around the world you get a lot of followers on social networks and a nomination for the Nobel Prize. In Montenegro, you get a criminal report.

We will leave an opened question if Montenegro is really ecological country, but the fact is that there are many who are trying to make it. People who hug trees, call for public dialougues,  work on raising awareness in the field, in nature, they keep what nature has given them.

There are many natural resources between Montenegrin mountains and the sea. However, a dark cloud is increasingly rolling over them as a result of negligence. The sea will become cloudy in search of oil. Investors and the authorities are tireless in their search for profit and activists are persistent in their fight to keep the most beautiful and valuable parts of their country.

When I say ecological Montenegro, I do not think about parks and good moves of decision makers, but I think about people who take garbage in the bin, who sleep on the mountain when the temperature is below zero in order to protect it from those who need to protect them. I think about all the citizens who understand that one building more is not worth if we are gonna have hundred trees less. And our country has many such people.

There are a lot of those who do not understand. There are many who leave numerous bags of garbage on the street, who do not care whether there will be one river less, two lakes lees or a hundred trees less in our country. That is why the battle of environmental activism is one of the most difficult things in Montenegro – because we are fighting between each other.

What we lack is joining global goals and ideas. Recycling and use of secondary raw materials is an abstract concept in Montenegro. Some areas barely have a container, let alone a recycling centre. The use of solar energy for us seems to be a higher philosophy. Fuel is getting more expensive, but let’s face it, the car has to go somehow.

That is why eco-fight is constant. What makes it even more difficult are the closed door of the competent institutions, unopened mails, unread letters and unanswered calls for compromise and dialogue.

The culture of 21st century has taught us that nothing is worth doing if it does not pay off. This “payment“ is often in the form of money, so no one sees the environment as a significant asset, but as an investment opportunity and a piece of unused land. Eco-activists are those who look with different eyes and feel with different senses.

The ecological struggle is hard. Unpredictable and exhaustive. That is why environmental activists deserve special respect and esteem. Montenegro has many of its “Greta Thunberg“, but there is no one to support them. Our eco-activists work and protect the environment on their own, by day, night, snow and sun. If they come out of their fight as winners then we are proud of them and if they fall in it, they are some “hippies“ who didn’t have a smarter job.

Montenegro will not be really ecological until their voice is clearly heard and respected. Who knows, maybe that will happen in the near future? Until then, it remains for us to dream together that green dreams of true values.

The author is also a journalist of the PCNEN portal.