Populism: Politics for the poor 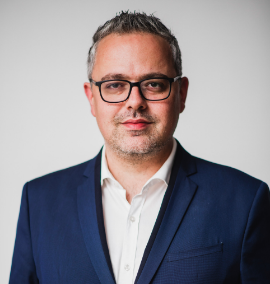 Democracy is a form of government in which all decisions of a state are made directly or indirectly by the majority of its citizens, and populism is a way of politics that presents closeness to the people and instrumentalizes dissatisfaction, fears and current conflicts for their own needs. Although populism as a concept has existed for a whole century, therefore, it is nothing new, the boundary between politics and populism is still not precisely defined, ie. when politics becomes populism.

Populism can be authoritarian or democratic. Democratic populism usually criticizes political representation and all mechanisms that serve as a mediator between the leader and the people or the government, and the authoritarian one usually revolves around a charismatic leader who embodies the will of the people and in such a constellation political parties lose meaning and elections serve only to confirm the position of a leader. Some forms of authoritarian populism use nationalism, racism, conspiracy theories or targeting marginalized groups to consolidate the leader’s power, divert public attention from his failures, or to hide the nature of his leadership or the real causes of economic or social problems.

Some authors state that populism has two sides – the first is based on socio-economic reasons, and the second on identity, usually ethnic or national. However, just as politics is a general term that encompasses both left and right orientation, there is both left and right populism. The argument for this claim is simple – the recipe for both populisms is the same: the target group is mostly poor and uneducated, inflammatory rhetoric aimed at the emotion of the electorate and the eternal division into “us” and them”. “We” are the electorate, and “they” are, depending on the orientation of populism and the political system where it occurs, a rich or ruling elite, other ethnic groups or other nations. We should not ignore the fact that populism often combines elements of left and right, and from that we can conclude that populism does not have an orientation or ideology, it is only adapted to the end user – populists tell their followers what they want to hear.

If you want to know what populism looks like in practice, it is enough to look at the political rallies of Donald Trump, who is a wonderful example of populism. Then there is the Brexit campaign which was full of lies, manipulations and conspiracy theories, which eventually pushed the UK out of the European Union. What do these two phenomena have in common? Apart from the similar hair of both leaders (Trump and Johnson) which is associated with haystacks in vivid shades, their voters did not care at all that the “alternative facts” for which they voted were quite ordinary lies and they would do it all over again. Proof of that is the number of votes in favour of Trump after the last presidential elections in the USA – he received 10 million votes more than in 2016, despite all unfulfilled promises.

Why is populism bad? There are several answers to this question. The first is certainly the hatred it breeds – hatred towards immigrants, towards a different skin color, towards different names. And the other is a little more perfidious. We need to be aware that all successful political systems that relied on populism, almost without exception, have resulted in autocracy, and some in wars on a global scale, as was the case with World War II.