Freedoms, rights and responsibilities in reality without borders 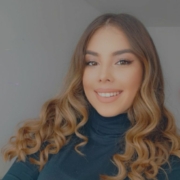 We live in a democratic country where everyone has the right to free expression, and because we live in a technologically advanced world, the internet has become a “magical” place to promote that freedom. The Internet is a reality without borders or rules, which has both positive and negative implications. On the plus side, people who wish to remain anonymous can accomplish a great deal, and social networks are one of the most effective ways to promote various important social topics and world events, particularly those related to certain “taboo topics” that are reluctantly discussed. Because of the Internet, an individual appears to be an active source of information, but all of these items are linked to extremely important fundamental rights such as the right to privacy and protection against cybercrime and the like.

Today, anyone can express their thoughts through the increasingly simple use of social media, and this represents a turning point in society. Unfortunately, we are witnessing how easily any kind of hatred can be spread on the basis of nationality, gender, and a variety of other factors, where people frequently receive open threats and no one reacts. People also grant themselves the right to catfishing, which increases the rate of pedophilia. The Internet is not, as is frequently claimed, a “paradise of free speech.” There is a well-known case in which access to social networks was restricted in Cuba due to a group of demonstrators taking to the streets to demand the rights of artists. Also, during the election of a president or other function, we can see various inspirational speeches on the Internet that promote a party or a person, as well as various hate speeches, threats, and comments that are extremely worrying and disturbing. I believe that there should be some control because, while the internet should be free, we should not allow individuals to disrupt global peace. If we look at our country Bosnia and Herzegovina and its capital Sarajevo, we can see that because of people who misplace information on social media and those who follow up on it, as well as those who comment negatively on topics such as the country’s war, absurd news spreads and the rate of pessimism rises. As a result, digital literacy should be improved, and it should be required for freedom of expression or any action taken on the internet. China is a country that has decided to “take matters into its own hands,” denying its citizens access to Western social networks in favor of its own eco-system of “Made in China” platforms. Of course, we should not go from extreme to extreme, but if we have complete freedom on the Internet, we should use it for good and positive purposes rather than negative ones. I would describe social media as a “double-edged sword,” because while it can help to affirm freedom of expression and civil rights, it can also be used as a weapon by those who want to manipulate public action. If we already want to expose ourselves or express our opinions on the Internet, we must consider the context of what we are saying, and the content must not have hidden intentions. Misinformation is constantly spreading on the Internet as a result of excessive freedom, various manipulations are carried out, and human rights are jeopardized. The Internet has a greater impact on citizens than the “living word” and if certain protection and prevention measures are not implemented in this area, we will be closer to a global catastrophe in which our brains will be “poisoned” by a series of useless information, we will have many worries, our privacy will be violated, conflicts between states will grow, and in all of this, I see a large potential for disaster. If we look at the situation that has befallen the world with the Corona virus, we can see that because of the freedom to post various unverified and meaningless information on the Internet, people became more and more scared day by day, affecting mental health, and various studies have shown how much the media has contributed to this. It is also important to note how dangerous the digital world is today for the youngest generations, to whom various inappropriate content is available, and how an increasing number of young people are developing various psycological states such as depression, anxiety, and even suicidal thoughts as a result of excessive freedom of internet consumption and various comments. I believe that a country must be sufficiently organized and prepared to deal with such issues in ways that will permanently prevent the spread of any kind of hatred or insults to other people, rather than simply deleting such content from the Internet and calling it a day. It’s amazing how much politics is involved in this area, because whatever topic is emphasized without being in the sphere of political interest is only “covered up,” and such contents are required to be hidden, while everything that corresponds to promoting government remains on the platform.

To summarize, before we express our opinions or some of our ideas, we must consider whether we can harm anyone in any way. We must also use our freedom to use the Internet to spread positive thoughts and attitudes, and the Internet can be an effective tool in this regard to make our world a better place. We need to know how to distinguish correct information from misinformation, which is why we need to work on improving people’s digital literacy. The power of the internet will never be greater than the power of the people.

The Internet – our stage

Democracy and the rule of law
Scroll to top