Can I stand behind my words? 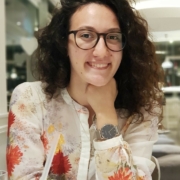 In modern society, there is almost constant discussion about freedom of opinion and freedom of speech, as well as how these are the characteristics of a democratic regime. Those freedoms enable citizens not to be enslaved by other people’s attitudes and ideas, but to form their own. It is not fair to impose one’s attitude on anyone and justice goes hand in hand with freedom. However, which is not given too much attention in Montenegro is the responsibility that goes with freedom of expression. And this freedom is especially abused on the Internet.

Time of the COVID-19 pandemic, which is still ongoing and its end is still not clearly visible, is marked by intensive use of the Internet.  Online school classes, attending various workshops, virtual tours of popular tourist destinations – all these, along with many others, are activities that in 2020 could only come true thanks to the Internet. Therefore, the coronavirus pandemic has shown us that in modern society, the Internet is no longer a luxury, but almost one of the basic human needs. However, when the use of something becomes more frequent, it is often abused.

The Internet enabled greater access to information, but to disinformation as well. A significant amount of data available on the Internet has been published by unverified sources. The average reader does not pay attention to who the author of the text is, because he is focused on the text itself. In the whole mess of numerous and accumulated information that can be found with just one click, internet user often remains confused and frightened by the information to which he is exposed. This phenomenon has come to the fore in the past year and a half when numerous pieces of information about the coronavirus began to be published on the Internet. People stayed at home because the appearance of the new virus forced everything to close and people had to be more careful than before in contact with others. In these circumstances, people remained electronically exposed to an increasing amount of information and misinformation. This lead to people slowly became frightened and mentally increasingly unstable. Thus, abused freedom of speech on the internet has become a significant source of problems for the ordinary person.

After the first period of lockdown, numerous unverified stories about vaccines broke out on the Internet. Montenegro has been promoting coronavirus vaccination through various media for several months, but the response remains relatively weak. As for the virus itself, a number of statements have been made about vaccines that have further frightened people. This put many in a rather awkward position where they have to consider whether their fear of the vaccine is greater than their fear of the virus and whether it is worth risking virus infection every year, given that antibodies last for a certain period.

After all, who are these that scare people? These are mostly tabloids that are published in both electronic and printed form, but social networks are also of great importance. Social networks allow users to publish their views without almost any censorship while avoiding leaving personal information. Let’s take Facebook for example. The user of this social network has the freedom to enter any name as his username, as well as to put an image for the profile picture that is not his at all. A person is free to create an image of himself on social networks that he likes and to openly express views for which he might be condemned in everyday life. But in addition to the fact that the Internet has allowed the construction of a person’s virtual identity, which can be completely independent of the real identity, the Internet has also left room for hate speech. Although a user has the ability to block another user, discomfort and fear are inevitable in a situation where one user experiences being threatened and insulted for differing opinions.

In conclusion, the questions that arise to the individual are: Can I stand behind by words? Is it moral to post certain content on the internet? Do I risk getting into an awkward situation because of my attitude? Do I risk leaving another in an awkward situation because of my attitude? These are all questions left by the freedom of speech on the Internet, and which the responsible person should try to answer. The problem arises when a person accepts freedom, but not the responsibility he seeks. And since freedom can not and should not be limited, we can only be careful who is the author of the publications we read and keep a critical review of what we read.

The Day of Life and Death
Scroll to top